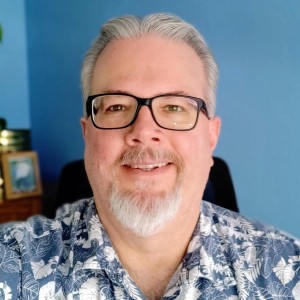 Cruisin’ To The Tillamook Air Museum

I’m a member of a great club called the Northwest Mustang Club. It was started only a bit over a year ago as a Facebook group for Mustang enthusiasts in Oregon and Washington. It’s really great because the founders have made a very specific point to keep it family-oriented and fun. They are careful to ensure the quality of the members and enforce rules that will keep our meets and cruises safe and legal.

Last year, my wife and I attended our first-ever cruise to the Mt. St. Helens Observatory, which was organized by the Northwest Mustang Club — it was a blast! We were immediately hooked. We’ve gone on a couple of other cruises since then and were looking for the next big one to a great destination. Then they announced a cruise on May 25, 2019 to the Tillamook Air Museum. They’d made special arrangements for us to park INSIDE of Hangar B, where military zeppelins were stored during World War II. Since my wife and I had driven by that huge hangar many times but never visited, we were excited to be a part of this special cruise.

Previous events we attended had resulted in 30 to 40 Mustangs. It’s hard to explain if you’ve never attended one of these cruises, but it’s really a lot of fun. One of the greatest features is watching the looks on other peoples’ faces as we drive by in a long line of awesome cars.

Anyway, this particular event required a lot of research, development and organization. The Club organizers did an incredible job of the entire experience and here’s a not-so-brief synopsis (with pictures!) of how it all went down. 🙂

The University has been kind enough to allow us to use their parking lot as a starting point. The deal is, we leave it as we found it (or better). The fact that we’ve met there many times now is testament to the respect that our Club members practice.

We start here, catch up with each other, sign waivers, and get instructions regarding the route, instructions, regroup points, and other information.

At this point, there were about 40 to 50 cars. This is just my personal estimate.

Knowing that we’d be driving through downtown Portland on the first leg, it was smart of the Club to arrange for this meet point. We simply lined up along the shoulders of the on-ramp and waited for anyone that may have gotten separated from the herd.

Interestingly, a motorcycle cop arrived and chatted with the group for about 20 minutes. By the time we were ready to leave, he offered to hold traffic for us so we could remain as a collective group, making it easier to get to our next regroup point.

From here, we left with an estimated 80 cars, since many were starting the journey from this point.

We made it all the way to the weigh station without separating from one another (as far as I could tell). We lined up there to await our escort from the Tillamook Air Museum. It was raining pretty good at this point, but, hey, this is Oregon! We were still milling around and chatting.

While here, another 10 to 15 cars arrived, coming in from another highway. I believe they were folks that live on the coast.

We had about 95 cars at this point.

This is likely where the Club managers had to really start using their organization skills. They now needed to herd nearly 100 Mustangs into Hangar B. They lined us up in 5 rows and basically left it up to our better sense to funnel ourselves into a single line into the hangar.

They also needed to make sure everyone that entered would be willing to stay for at least 1.5 hours. Once in, we were dedicated until it was time for us all to depart at once.

The big task at hand was happening inside, where they had to clearly indicate to each driver where to park and how to get there. Space was limited and they had prepared a very specific plan as to how we would line up. They had to consider our upcoming exit, which would occur by driving through the hangar and out a different door.

Once the non-entering Mustangs were filtered out (and they parked just outside the hangar), there was a grand total of 88 cars inside. I didn’t get an actual count of those who didn’t enter, but word has it that we had over 100 Mustangs there on the property.

The museum was open to the public and busy, so our Mustangs had a lot of lookie-loos. There was a pretty good crowd just watching us all drive in. Once inside, we started milling around, going beyond the Mustangs to check out the museum. There’s a lot of history there.

The icing on the cake was when I found an excellent vantage point to grab a panoramic photo of the entire group. From up there, it looked like we had all been beamed up onto an alien spacecraft!

You can learn more about the Tillamook Air Museum by visiting: http://www.tillamookair.com

Your business likely has important assets that help it thrive and grow. A food delivery company might own vehicles that allow employees

In a previous blog post, I told you about a mini-adventure I had with a huge vibration in Yoshi. It turned out

Late last week, my wife and I were out running errands in Yoshi, our 2013 Ford Mustang GT, when I suddenly noticed

2 thoughts on “Cruisin’ To The Tillamook Air Museum”

Crafted with by Harness Media